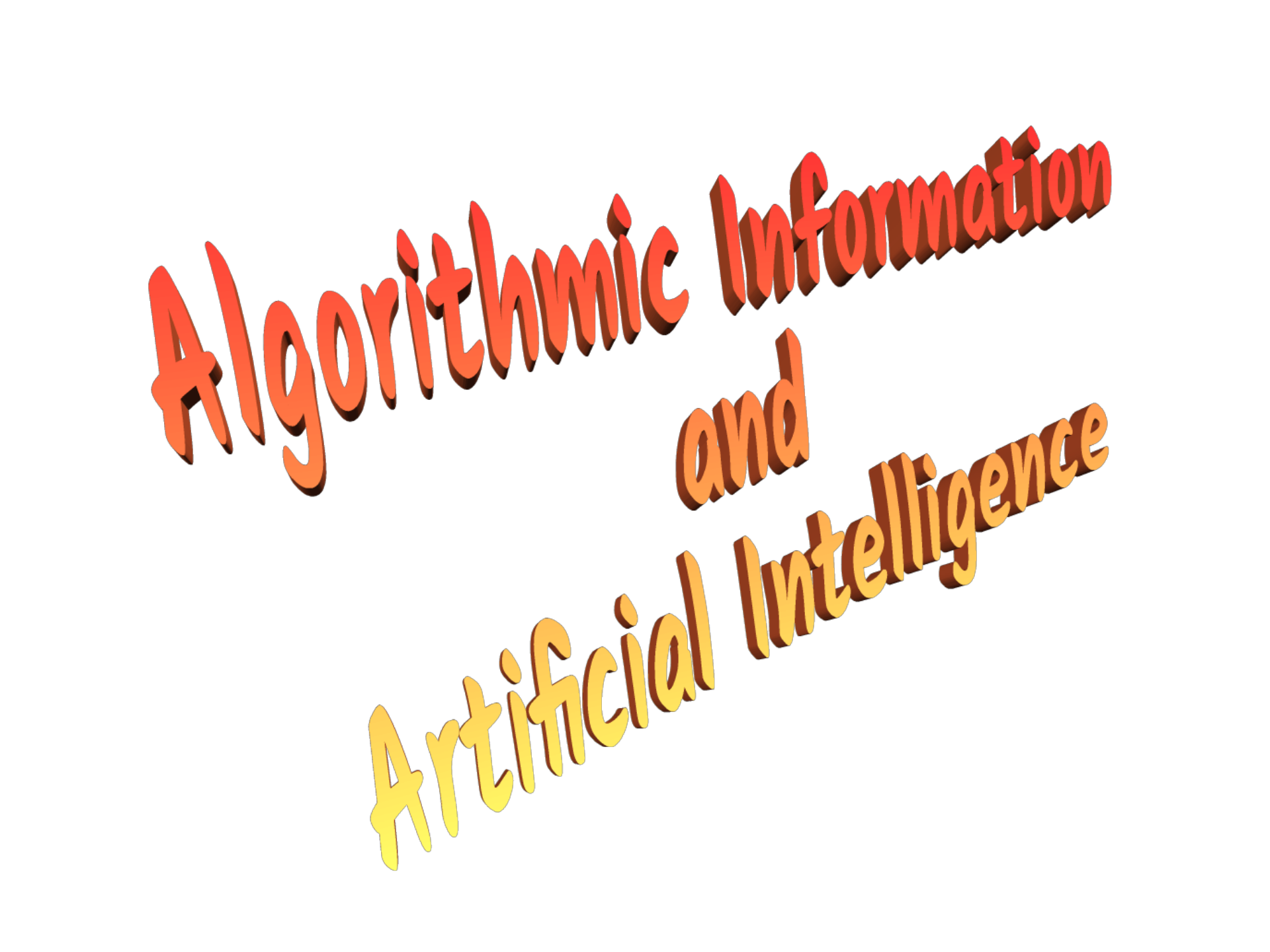 Algorithmic Information Theory (AIT) is based on the mathematical notion of complexity, which has been invented 50 years ago to solve issues related to machine learning, randomness and proof theory. It derives from a fundamental intuition: Complex objects cannot be described by short algorithms. Complexity corresponds to the size of algorithms (and not to their speed; see caveat below). Creating Artificial intelligence is one of the greatest challenges in the history of humankind. Programs are said to be "intelligent" because they solve difficult problems, such as playing the game of Go. Unfortunately, Artificial intelligence is often perceived as no more than that, just a collection of brilliant, innovative methods to solve problems. Most people don’t imagine that intelligent behaviour can be universally described in terms of algorithmic information.There is currently a growing interest in Complexity and AIT for their role in the theoretical foundations of Artificial Intelligence. Moreover, practical approaches to complexity based on compression techniques or minimum length descriptions offer efficient techniques in machine learning. AIT plays an important role in mathematics, for instance to set limits to what a formal theory or an intelligent system can do. More recently, AIT has been shown essential to address aspects of human intelligence, such as perception, relevance, decision making and emotional intensity. Caveat:


See others’ projects    ➜    Others’ projectsYour small report will describe your project and what you found (typically: 2 or 3 pages of text).
All contributions that pass will be grouped together into a document made accessible to all.