This Lab work is based on the use of Evolife. If necessary, install it. Please answer in English!

Game theory is a theoretical framework for describing social situations among competing players. It applies to a variety of situations, in domains such as:

Agents try to maximize their payoffs.Game theory tries to find out optimal strategies, i.e. complete plans of actions a player will take in any circumstances that might arise. 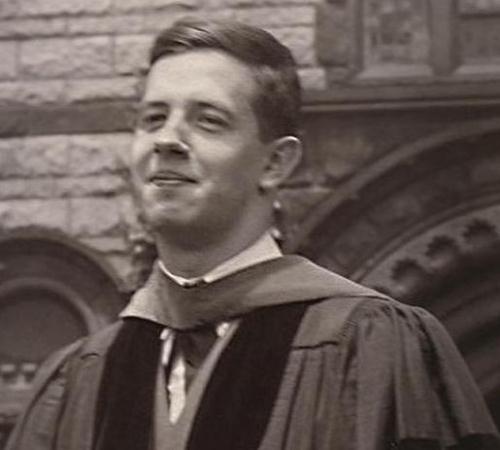 A symmetric Nash equilibrium is a strategy σ* such that for every i and any alternative strategy σ, player i’s utility verifies:

Digging out the snowdrift gives each player a benefit of b/2. The cost c is born by the digger and is split when both dig. (D,D) is the only symmetric Nash equilibrium.

A two-player game is represented by two matrices A and B.
(In preceding tables, A and B were juxtaposed with commas.)

Matrix A for Prisoner’s dilemma:

In symmetric games, B = A⊤. Strategies are represented by column vectors. $$\pmatrix{1\\0}$$ A pure strategy has one 1 and one 0. Mixed strategies indicate probabilities. Payoff for strategy σ against strategy τ is given by: σ⊤ A τ.

A two-player game is represented by two matrices A and B.
Payoff for strategy σ against strategy τ is given by: σ⊤ A τ.

Matrix A for Prisoner’s dilemma:

Consider a symmetric two-player game with payoff matrices \(A, B\) (\(A = B^{\top}\)).
Will a (mixed) strategy \(\sigma\) resist invasion by any other strategy?
(\(\sigma\) may represent the proportion of pure strategies in a population.) Suppose that \(\sigma\) faces the invasion by a small population of mutants that play strategy \(\tau\). We want to compare payoff \(\sigma^{\top} A \tau\) with payoff \(\sigma^{\top} A \sigma\).


An evolutionarily stable strategy (ESS) cannot be invaded by a small number of players adopting a pure alternative strategy. If all agents but one adopt the ESS, there is no incentive to adopt the new strategy. In an evolving biological species, the a mutant behavior cannot invade the population.


Defect is an ESS.

The existence of society supposes that violence remains contained. Can it be so in the absence of policing? Obviously, aggressive behaviour (intimidation) provides immediate payoff when performed against a non-aggressive victim. However, aggressors may loose a lot when confronting each other.
In Maynard Smith’s hawk-dove game, possible interactions are hawk-hawk, dove-dove and dove-hawk. The matrix below gives the payoffs for strategies indicated in the first column:
Two players confront each other over a resource whose full value is V to either of them. Each player may play one of two strategies: H (Hawk) or D (Dove). Doves signal that they wish to share the resource equally. Hawks signal they are willing to fight to get the resource. When two Doves meet, each gives the characteristic sharing signal and the resource is divided equally, or, perhaps, a fair coin is tossed and the winner gets all. In any case, the expected return to each of the two Doves is V/2. When a Hawk meets a Dove, the Hawk (as it always does) signals fight, the Dove (as it always does) signals share, then the Dove retreats and the Hawk takes the entire resource. Finally, when two Hawks meet, each signal fight, neither retreats, both fight at a cost of C. In the end, the resource is shared equally, minus the cost, or, perhaps, half the time one Hawk gets the entire resource and half the time the other Hawk gets it. In any case, the expected return to each of the Hawks is (V - C)/2.

The solution of the dilemma between two actual players would be to choose a probabilistic strategy. In a population of players, the proportion of hawks stabilizes to a definite value which defines an evolutionarily stable strategy.Launch Evolife from the Evolife directory with starter. Load the HawkDove.evo configuration. Choose appropriate values for the two parameters V and C (see in the Scenarios/DyadicGames/HawkDove section). Let the program run (button [Run]). Observe the proportion of hawks in the population and the number of peaceful (DD) encounters for various values of the two parameters. The meaning of curves is written in the Legend window.For what follows, set parameters C and V such that C be significantly larger than V (e.g. 60 and 10).

Load the configuration Favourable.evo in the Configuration Editor (Starter). In this application, implemented in Scenarii/S_Favourable.py, individuals are rewarded depending on the value of the gene named favourable. The other gene, named neutral, has no effect. Choose a positive value for parameter IndividualBenefit (in the section Scenarios/BehaviouralEcology/Favourable in the Configuration Editor). Run Evolife (button [Run]). As predicted by basic Darwinian principles, the average value of the first gene should rise to maximum, whereas the neutral gene average value oscillates around 50 (the amplitude of the deviation depends on the size of the population).


Darwinian selection may act in several ways. Two of them are implemented in Evolife.


(if you made many changes, you may reload Favourable.evo from the Configuration Editor).

Individuals may contribute to public welfare. This is controlled by parameter CollectiveBenefit (in the section Scenarios/BehaviouralEcology/Favourable in the Configuration Editor). The value of the gene favourable, cumulated over all individuals in the group, provides a public good that will be redistributed to all members in the group (see S_Favourable.py). Intuitively, we would expect the gene to remain stable at high values, as the whole group benefits from the contribution of all its members.Set CollectiveBenefit to a high value such as 100, and IndividualBenefit to a smaller negative value, such as -10. The net profit for each member of the group may be significant, with a maximum of 90 if everyone contributes 100% to the public good. We may thus intuitively expect the value of the gene to rise.
To understand the limits of the so-called "group-selection", you may read Group Competition, by Samuel Bowles.Let’s suppose that all individuals have the same gene value m, except for a proportion p of them (mutants) whose gene value is M. Let’s call: C’s benefit is: CB * (N*m/N) + IB * m = (CB+IB)*m


To explain what we see, let’s consider three alleles of 'sexControl': Let’s suppose that we are in a situation in which the actual sex ratio in the population is 1:9 (there are nine times more females).

Runaway selection has been imagined by Ron Fischer to explain extravagant features in animals (such as the peacock tail) as resulting from sexual selection. The scenario presented here is somewhat simpler than Fischer’s. However, it presupposes a direct advantage for females making the right choice.We suppose that it is crucial for females to mate with males that are in good health. The reason for this might be to avoid being infected by a contagious male during contact (see: Hamilton, W. D. & Zuk, M. (1982). Heritable true fitness and bright birds: a role for parasites? Science, 218 (4570), 384-387). If the risk for females is significant, we observe that Open the file S_Runaway.py (in the Scenarii directory). Locate the start_game function. Observe that both sexes pay a cost.
Open Starter    from the Evolife directory and load the Runaway scenario. Run it and observe that males evolve to invest massively in costly signals. The phenomenon is slightly richer than that. The two genes 'FemaleDemand' and 'MaleInvestment' co-evolve: females compare more males and males compete to please them. The crucial point here is that females have no absolute reference. They just compare males with one another.

In the current implementation, females get a proportional penalty for mating with an unhealthy male. To get closer to the infection metaphor, we want to make penalty binary (the male is infected or he is not). You should observe that the runaway mechanism still works, though for different values of LowQualityCost.

Back to the main page